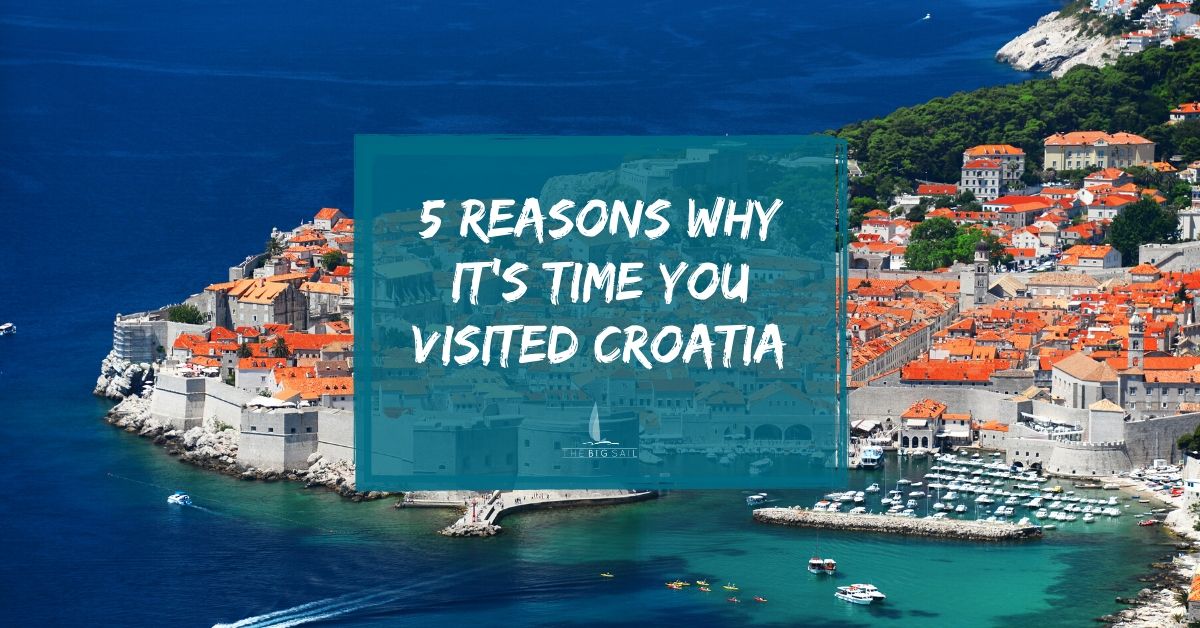 Even if you have never visited Croatia, you have probably seen it many times on your TV screen. A big reason why is that this central European country has provided many filming spots for the hit HBO fantasy series Game of Thrones – and seeing them up close is a tantalising prospect.

However, that’s still far from the only reason to seriously consider booking a trip to this country bordering the Adriatic Sea. Here are five especially strong incentives to arrange a Croatian getaway.

While Europe has plenty of sunny spots, Croatia beats many of them for comfortable warmth. Over there, the daily sunshine hours tally 12 in May and June, reports The Telegraph – and you can add an extra hour to that in both July and August. That leaves even Provence and Corfu trailing.

You can expect to see the sun shining for up to 11 hours during a Provence summer, while it’s only in July that Corfu musters 13 hours of sunshine, with that number falling as low as 10 in May.

You can feel like a Game of Thrones star

Yes, we have already mentioned the Game of Thrones factor, but it warrants repeat emphasis when you consider how many parts of Croatia have served as sumptuous backdrops in this show.

The city walls and forts in the coastal city of Dubrovnik formed the fictitious King’s Landing. Meanwhile, lying on the same city’s outskirts is the gorgeous Trsteno Arboretum, which visitors could recognise as the Red Keep’s gardens.

Croatia has plenty of beautiful beaches

Through what means are you considering making the journey to Croatia? If you choose a yacht charter to Croatia, you can give yourself valuable opportunities to catch sight of various gorgeous beaches. We can let you tailor the journey and so take in a broad array of stunning sights.

While Zlatni Rat is the most famous of Croatia’s pebbled beaches, you could enjoy a less bustling atmosphere at such relatively concealed spots as Nugal, which is near Makarska.

There’s a lot to enjoy under the sea, too

You might want to slip into some diving gear while in Croatia, as there are many enticing opportunities for exploration in the clear waters off the country’s coast. Culture Trip highlights some examples of fascinating things to spot, including colourful marine life and sunken ships.

You can even catch sight of a German vessel from the Second World War. That ship is in the water of Zavratnica Bay, close to the port of Jablanac. A good reason to consider packing your snorkel…

The Croatian islands are awe-inspiring in their variety

The Croatian coast comprises more than a thousand islands, says A World to Travel. Furthermore, there’s a feeling of “something for everyone”; for example, some of the islands are suited to partygoers, while others are much more relaxed.

Through arranging a yacht charter to Croatia, you can open up opportunities to see how the history and cuisine differ between islands including Murter and Brač.