The Best Greek Islands for your Next Family Holiday 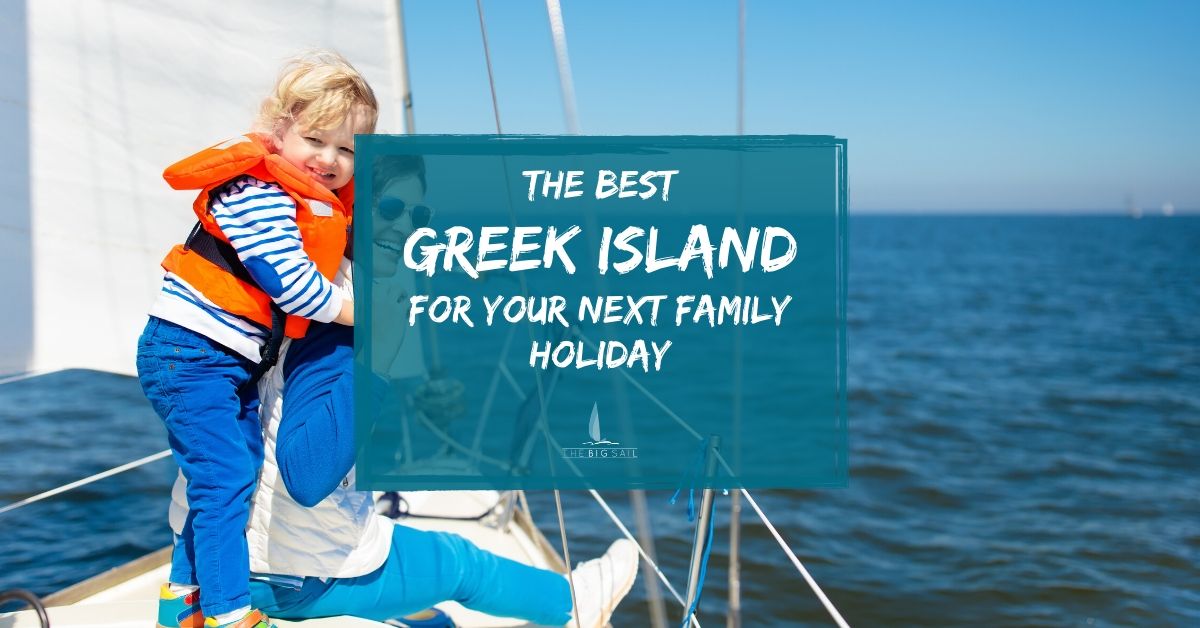 Until you visit Greece, you might not realise just how well-suited it is for family holidays. As you arrive in the south-eastern Europe country, don’t be surprised to see your kids warmly greeted with cries of “Paidiá, kalosírthate”; as the Visit Greece website attests, it’s Greek for “Children, welcome!”

Furthermore, Greece is rich in the heritage of legendary heroes like Xena and Hercules, but there are especially good reasons to seek out the islands for getaways. So, which islands exactly?

If you love the idea of getting close to ancient history, you will have many opportunities to do just that on Crete, where the continent’s oldest civilisation built magnificent palaces thousands of years before the age of Christ. Even the Minoan capital Knossos is accessible after having been rebuilt.

Remnants from ancient Knossos life can be seen at the Heraklion Archaeological Museum, but your children might prefer to see the Lasithi Plateau’s Dikteon cave, historically deemed Zeus’s birthplace.

Sometimes known as Cephalonia, you might end up calling it only one thing: “Awesome!” Condé Nast Traveller has singled out this Greek island as the best for “laid-back family holidays”.

It’s not hard to see why, either, due to the gorgeously white Myrtos beach and the national park of Mount Ainos, the animal inhabitants of which include deer and wild horses. Fiskardo, meanwhile, is enclosed by a rocky coastline which is an especially convenient spot for snorkelling.

If getting physically active in that water makes you hungry, you could replenish yourself with the seafood pasta at the local eatery Tassia; even Jon Bon Jovi has sampled this delicacy.

One of the Ionian Islands off the Greek mainland’s western coast, Corfu is an ideal place to swim and sunbathe. Its beaches include the sandy Glyfada and more pebbled Paleokastritsa.

Corfu was a British protectorate from 1815 until 1864 and, to this day, appears to have preserved traces of British culture; it isn’t unusual to spot locals playing cricket in the UNESCO-endorsed old town. Your little ones could also enjoy the island’s open-air cinema screenings on summer nights.

Though another of the Ionian Islands, this particular isle is more secluded and has been relatively untouched by commercialism. As a result, it may warrant your consideration if you and the rest of your family are hankering after peace, quiet and escapism.

In fact, the island measures only seven miles long and three miles wide, according to The Telegraph, but still has pleasant white pebble beaches which are great entry points to the turquoise sea.

We have mentioned beaches before, but you would have an especially generous choice of them if Skiathos was your family holiday destination of choice. This island in the country’s Sporades archipelago has over 60 beaches, of which Koukounaries is the most suitable for small children.

That half-mile strip of golden sand is notable for its water sports opportunities and can be reached through yacht chartering to Greece. Our website details how to book a yacht charter from us.